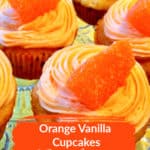 These Easy Orange Vanilla Cupcakes are so easy to make and taste like an orange creme popsicle! Perfect for a summer picnic dessert or for a luau party. These start with a boxed cake mix to save time! 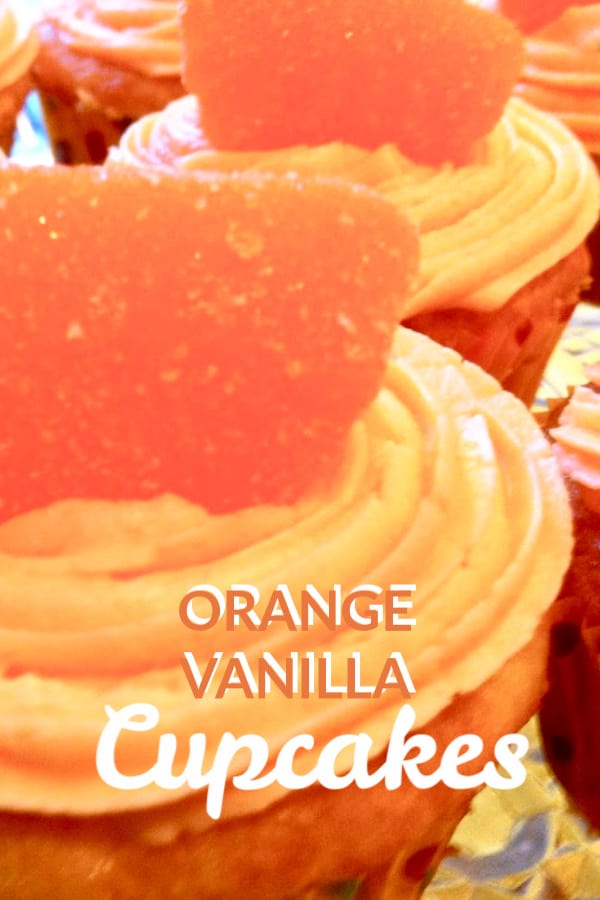 Hi Friends! Today I am sharing an old favorite from a few years ago. These citrus cupcakes are perfect for celebrating a summer day. These Orange Vanilla cupcakes start with orange juice and remind me of a creamsicle.

What is a Creamsicle?

A creamsicle is a frozen treat from when I was a kid. It is basically a fruit popsicle on the outside, filled with vanilla ice cream on the inside. I personally loved the orange creamsicle flavor the best and I took a cake mix and added a few ingredients to basically make Creamsicle cupcakes. 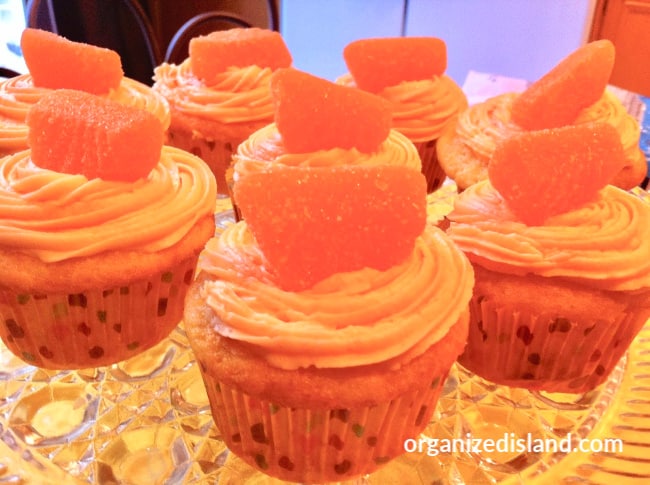 I used the Vanilla cake mix so that when it was mixed in with the orange juice, it tasted a bit like a creamsicle.

Then I added one of those little orange jelly candies to each one. My grandmother used to have these jelly candies at her house every time we visited so I love that these cupcakes remind me of her. 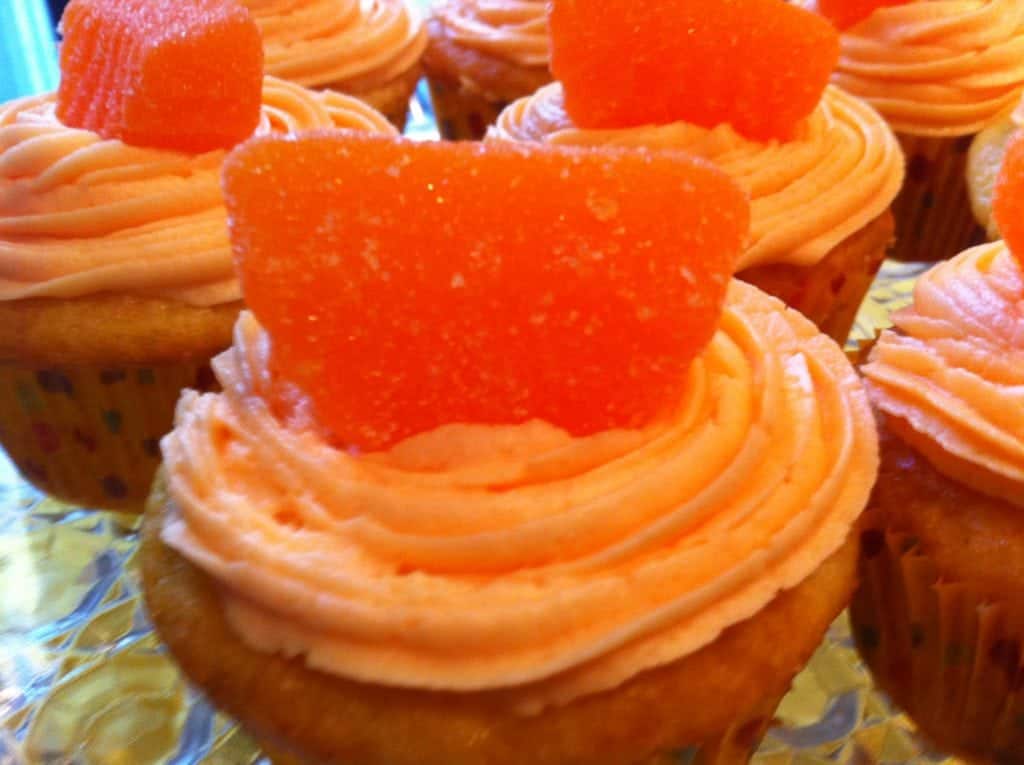 These cupcakes are frosted with an orange buttercream frosting, made with fresh orange zest, which is a nice frosting flavor for summer.

Mango Cupcakes – Made with fresh mangos and one of our top cupcake recipes. 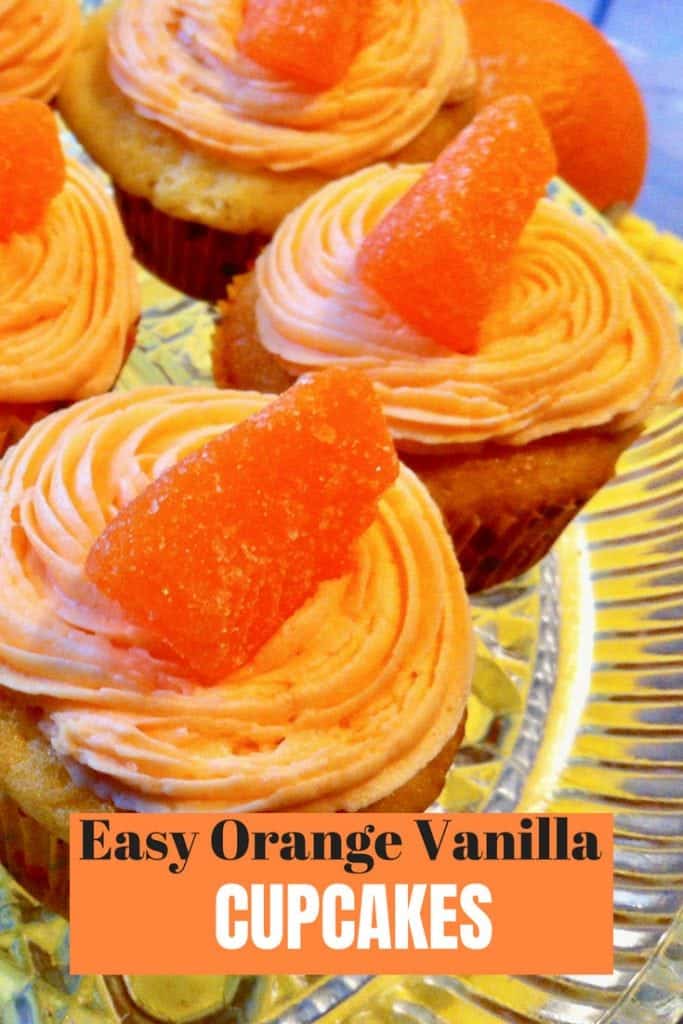 Mix together above ingredients and pour into cupcake liners.

Bake at 350 degrees, as directed on cake box.

Frost when cool with buttercream recipe below. 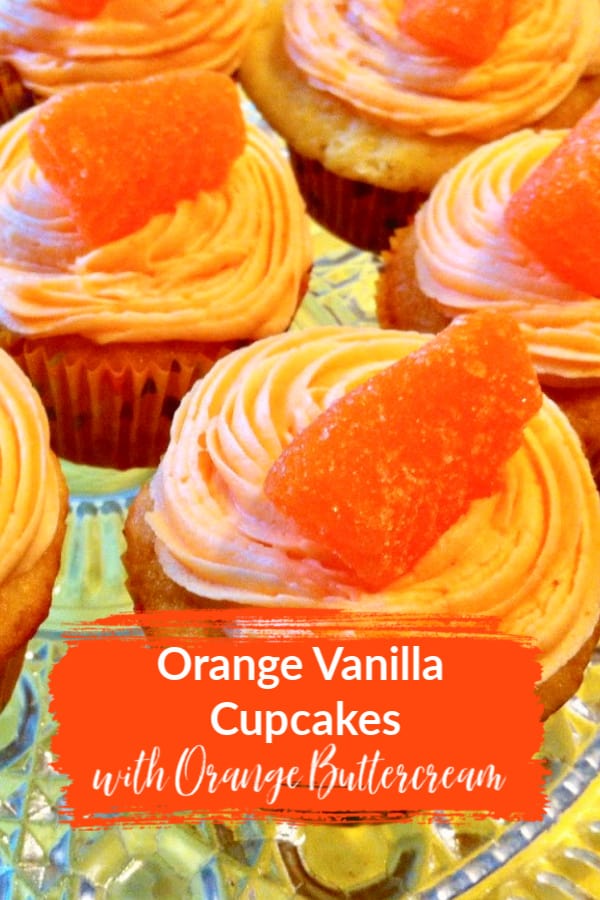 When cool, frost with buttercream icing.  Instead of milk, I used orange juice.  Add a teaspoon of orange zest and if desired,  add a few drops of orange food coloring to the icing.

Make the cupcakes the day before and frost with orange buttercream the day you need them.

You can get a similar flavor from making vanilla cupcakes with orange buttercream icing. It is a lighter version of the same flavor combinations.

Have you ever had a creamsicle?

« Quick Summer Wrap
What to make with Zucchini this Summer »

CREATE AT YOUR OWN RISK
Any and all content on this website is created for inspiration purposes only. Creating with my suggested methods, products, instructions, tutorials, and tools is at your own risk. Please ensure you are following proper guidelines with anything used, and seek professional advice if you don’t know how to do something.

Organized Island is for entertainment purposes only. All tutorials and demonstrations are not intended to be professional advice, nor substitute as such, and I make no guarantees as to the procedures and information here. Full disclosure policy here.

Organized Island is a participant in the Amazon Services LLC Associates Program, an affiliate advertising program designed to provide a means for sites to earn advertising fees by advertising and linking to Amazon.com

Check out my Amazon Shop here.