A look at the Historic Downtown Los Angeles legacy. Talk a walking trip with me to sneak a peak into L.A.'s history 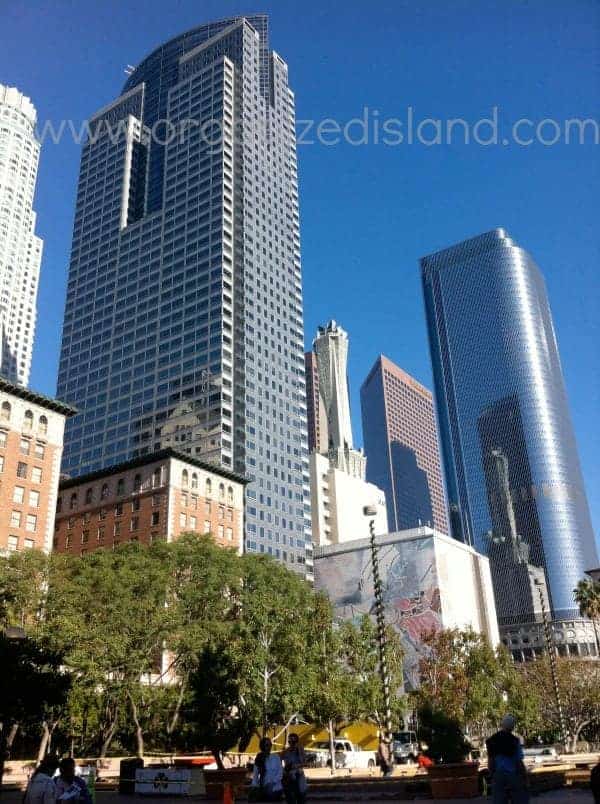 A couple of weeks ago, on a beautiful sunny day in Los Angeles, my friend Melanie of LA Explorer, invited me to take a lovely tour of Downtown LA. (For those of you that do not live in Southern California, many call the area DTLA for short). Melanie had recently taken a tour with the Los Angeles Conservancy and loved it, so she invited several of us from the So Cal Lady Bloggers to join her on another. Disclosure: We were provided with a complimentary tour. All opinions of the tour are my own.

The city of Los Angeles is very special to me. It is where my parents were born and where they met each other back in the 1940's.. They often used to talk about the days of their youth, riding the street cars to go out on dates and going out to the restaurants and clubs. (My mom used to sneak out and meet my dad one stop away from the one nearest her home because my grandfather was very strict and did not want her dating). My grandfather used to work at Clifton's Cafeteria in DTLA back in the 1930's.

More recently, both my brother and I have worked in the financial district at different times in our careers. It is a vibrant and busy city center, surrounded by freeways. Now I have been downtown many times, but had never really stopped to explore the history of the buildings and architecture.

We met our helpful and knowledgeable docent, David, who was great at describing the early history of the city. He described the background and features of the different styles of architecture, beginning with the early part of the 20th century. 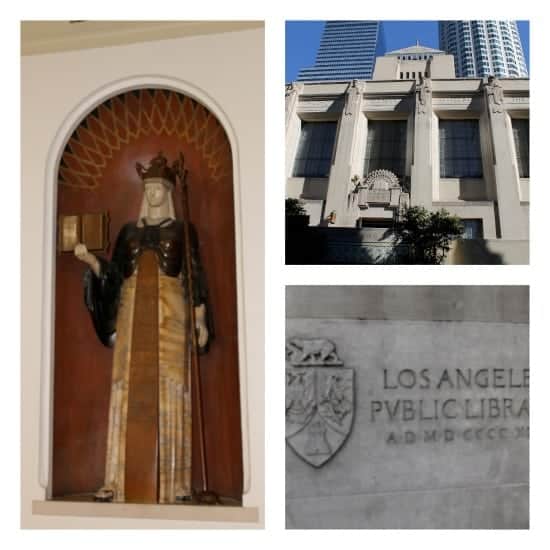 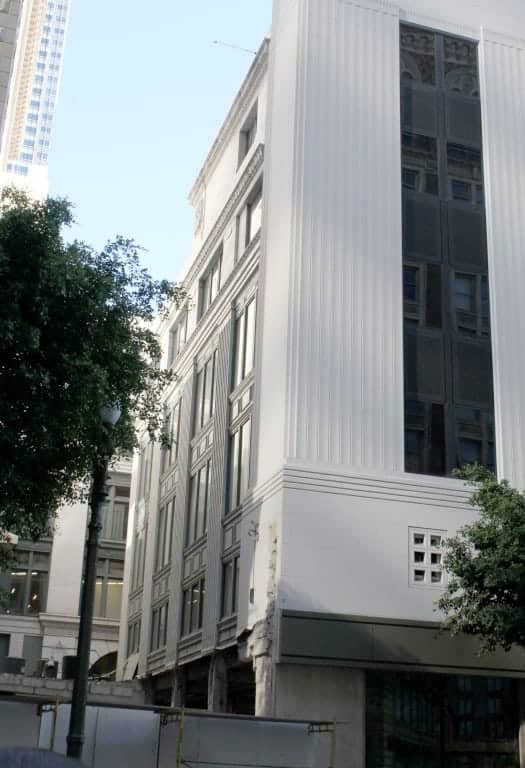 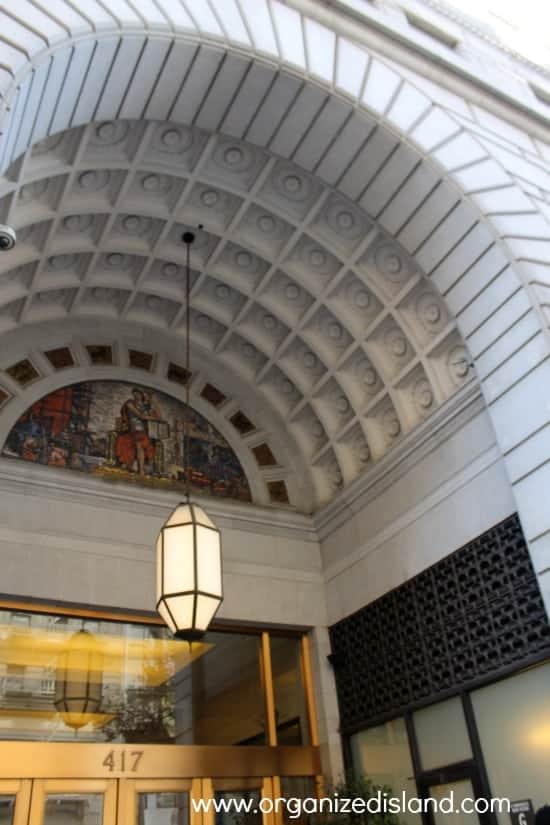 We were intrigued by the history that each building had and were surprised by some of the stories that were associated with each one. We were able to go inside some of the buildings and view the stunning features including elaborate mosaic ceilings and rotundas. 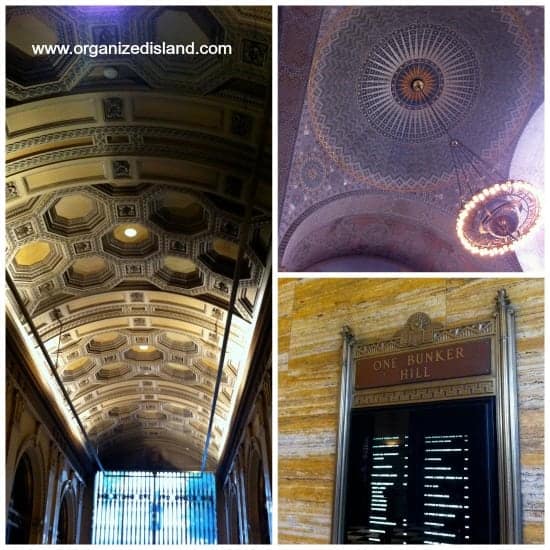 There is so much detail involved in the interiors that gives you a dramatic perspective of elaborate construction from years gone by. I could picture people in past decades walking through the hallways with their high laced shoes and fedora hats (which are now both back in fashion).

Then there is the Grand Central Market, which was once a department store. 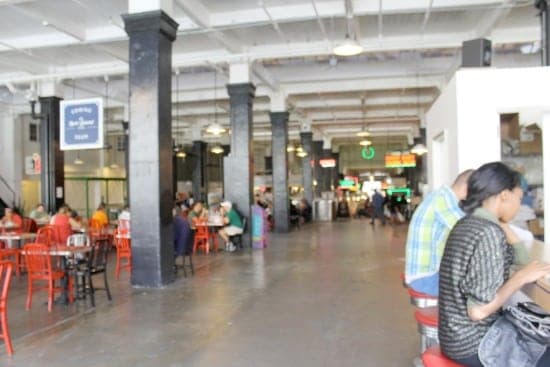 Now, it is home to dozens of stalls with libations and culinary treats. 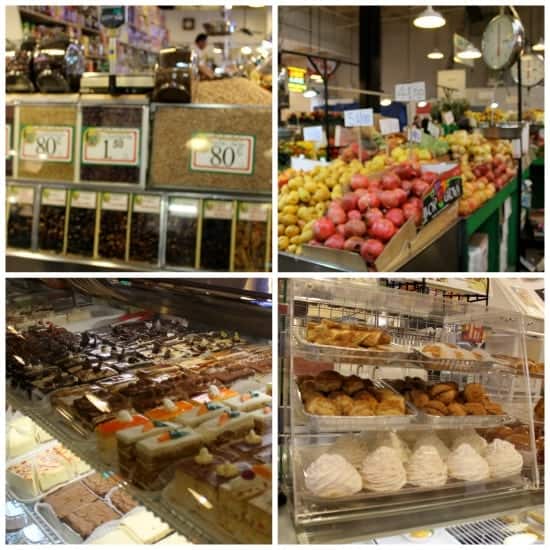 Many of these buidings are not only cultural landmarks. You will recognize many of these buildings from movies and TV shows. Talk about a great way to spend the day.

If you or someone you know loves local history or an appreciation for architecture, you will want to take one of these tours. It is also wonderful if you are visiting Los Angeles and want to explore the center of the City of Angels.

There are also some highly rated eateries nearby including: Eat Drink Americano, The Pizza Studio, The Pie Hole and Angel City Brewery.

There are several tours available, so be sure to check out the full list at https://www.laconservancy.org.

Tours cost $5 for Los Angeles Conservancy members and children twelve and under; $10 for the general public.  Some tours require reservations. There is also a fee for parking, but there is a discount if you attend a tour.

I plan on taking another tour soon. There is one that explores the historic theaters of DTLA and that is next on my list. I also plan to visit The Grammy Museum soon.

Have you ever explored downtown Los Angeles?