The Festival will have performances from: The Offspring, Sum 41,  Rival Sons, Lit, Unwritten Law and Metalachi, as well as roving mariachi bands. In addition to the great music, there will be gourmet tacos, craft beer and Lucha Libre style wrestling. Tickets are on sale now for this fun Orange County event.

Dexter Holland of The Offspring is looking forward to joining in this ultimate taco fest and comments, "We love tacos, the beach AND beer, so it sounds like a perfect day for The Offspring." 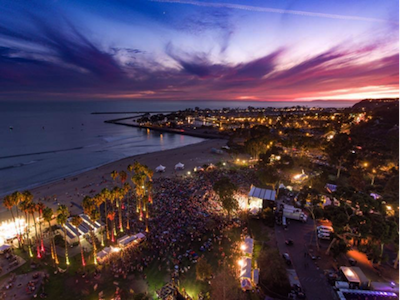 Sabroso co-producer Cameron Collins of Brew Ha Ha Productions explains, "Sabroso is one of my favorite events that we produce, and Doheny State Beach is exactly the kind of setting I imagined when we started in 2014. Much of the event will remain the same. What's new for 2017, though, are the extended hours and the killer bands performing on our main stage. Having one of OC's favorite exports, The Offspring, perform at Sabroso could not be more perfect! Attendees are in for a day they will never forget!"

Throughout the festival, taco lovers can indulge in $3 gourmet tacos from top local chefs and restaurants. These titans of taco creations will all compete for the coveted Sabroso "People's Choice" awards, as selected by attendees via Text-To-Vote. "Best Of Show" will be awarded by a panel of highly acclaimed and pre-selected food judges. Many taco experts are expected to participate, including these past Sabroso "People's Choice" and "Best Of Show" winners returning to defend and reclaim their titles: Chef Jimmy Martinez from Pour Vida - Anaheim, Chef Cody Storts from Salt and Ash - Placentia, Chef Rashad Moumneh from Falasophy - Santa Ana, Luis Flores of Meat Up BBQ - Placentia, and Chef Hop Phan from Dos Chinos - Santa Ana, just to name a few. Other local favorites include Chef Greg Daniels from Haven Gastropub, the Ninjas With Appetite Truck (N.W.A. Truck), Devilicious Truck, LIME Truck, Stadium Brewing Co., The Kroft, Chronic Tacos, and many more. 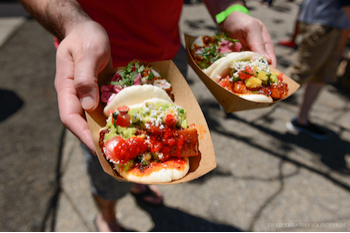 Attendees are also invited to sample all flavors of Gringo Bandito—Dexter Holland of The Offspring's top rated hot sauce—during the event.

In addition to live music, tacos and craft beer offerings, Sabroso attendees will be entertained by lucha libre style wrestlers like Red Spider, La Golosa, Lady Lee and Mariachi Loco, who will take to the ring for four action packed qualifying matches, followed by a championship match.

VIP entry beginning at Noon for an extra hour of complimentary exclusive tastings in the VIP lounge. The festival is open to those 21 and up. Festival attendees will have the opportunity to roam throughout the lush grass areas of Doheny State Beach, right off the shore of the Pacific Ocean, touching the sand.

General Admission and VIP tickets are available for purchase for the following prices at www.SabrosoTacoFest.com. All tickets include complimentary beer tasting and access to view the music stage.

Parking at Sabroso Craft Beer, Taco & Music Festival will be extremely limited, so attendees are strongly encouraged to carpool and rideshare. Please go to www.SabrosoTacoFest.com for all shuttle locations, ride share lots, bike valet and suggested additional areas to park.

For the most up-to-date information on Sabroso Craft Beer, Taco & Music Festival, please visit www.SabrosoTacoFest.com and follow the #sabrosotacofest hashtag on social media. I am planning on attending this event as media so you can follow along on social.

Have you been to a festival recently?