This post and photos may contain Amazon or other affiliate links. If you purchase something through any link, I may receive a small commission at no extra charge to you.

Do you love the taste of boysenberry as much as I do? If so, you need to check out Knotts Boysenberry Festival which celebrates the tasty goodness of the fruit!

Did you know that boysenberry was created by Walter Knott back in the 1930’s when he crossed a loganberry,  a raspberry and a blackberry? Walter and his wife started the berry farm in the 1920’s and Mrs. Knott made homemade jams and jellies and baked meals for visitors. Knott’s Berry Farm is now of the most popular amusement parks in Southern California.
I am excited to share with you that Knott’s Berry Farm just got tastier! With the arrival of  spring, Knott’s is celebrating with their 3rd annual Boysenberry Festival. The 16 day festival takes place in the theme parks historic ghost town section of the park. 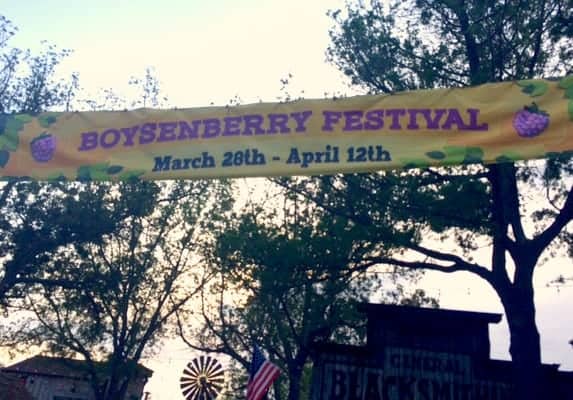 If you haven’t been to Knott’s Berry Farm in a while this month is a great time to visit and check out the festival. I was able to attend a preview and I want to share with you some of the special items that will be available at the festival.
Every one of these culinary delights is made with Boysenberries. 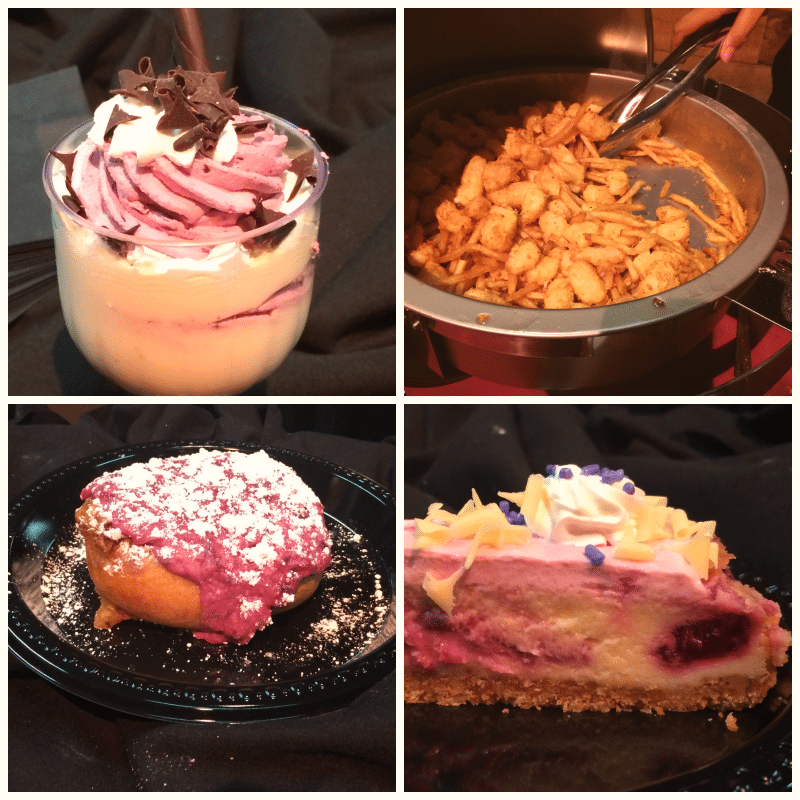 They also have Boysenberry Dessert Flautas 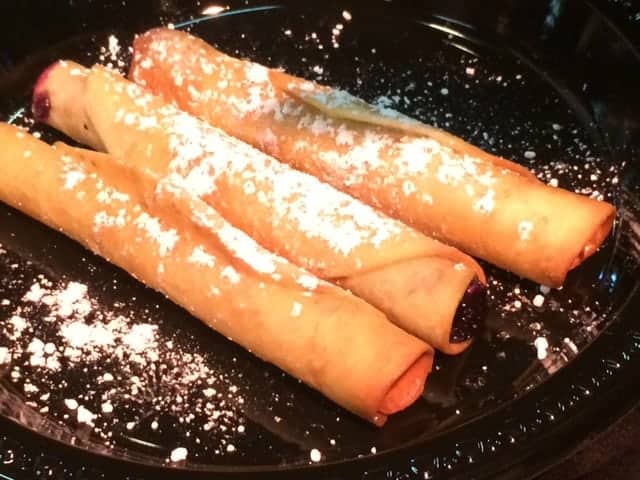 And these tasty treats… 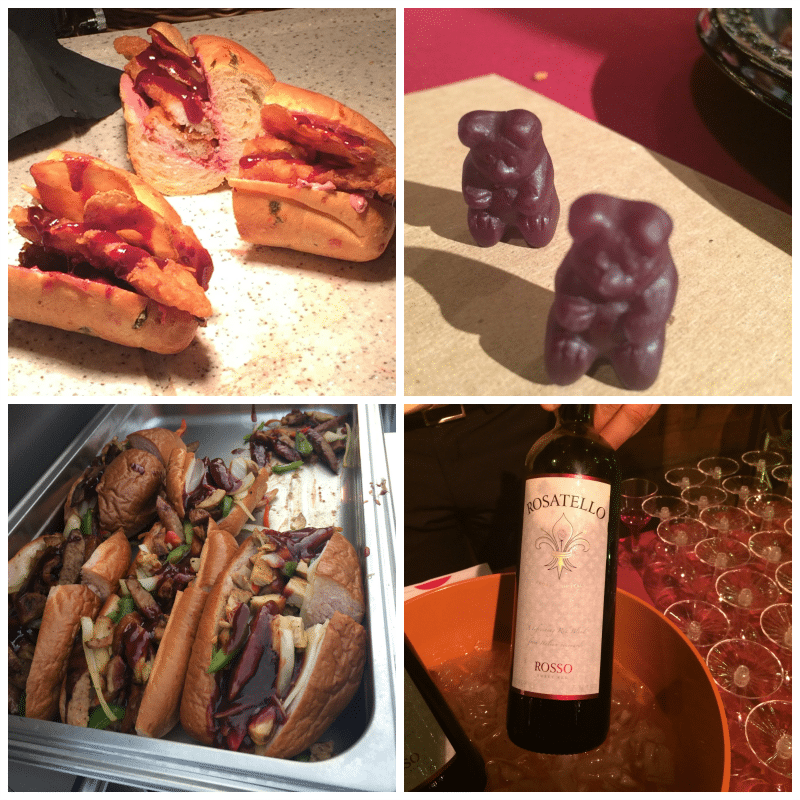 Culinary Delights at the Boysenberry Festival

Some of the items that I tasted included:
The Fun Bun – so special it has its own Twitter account!
Fried Alligator with Boysenberry Aioli – tasted a lot like chicken and was good with the aioli
Corn on the Cob with Boysenberry Butter – abolutely scrumptious!
Fish and Chips Sandwich with Boysenberry Tarter Sauce – loved this one too.
Boysenberry Chicken & Sausage Sandwich – great if you like sausage.
Fried Cheese Curds with Spicy Boysenberry Dipping Sauce – my first time tasting cheese curds!
Boysenberry Cheesecake – I think you can imagine how good this was.
There were other treats I did not try but looked good including Deep Fried Boysenberry Ice Cream and Boysenberry Cotton Candy
In addition to food items, there are some nice beverage options such as Boysenberry ICEE Floats, Boysenberry Frappuccinos and Boysenberry Lattes and lemonade.

For grown ups, there will also be a Wine and Brew Tasting Garden with Boysenberry Wine, Beer and cider!

I tried the beer and it was really good! 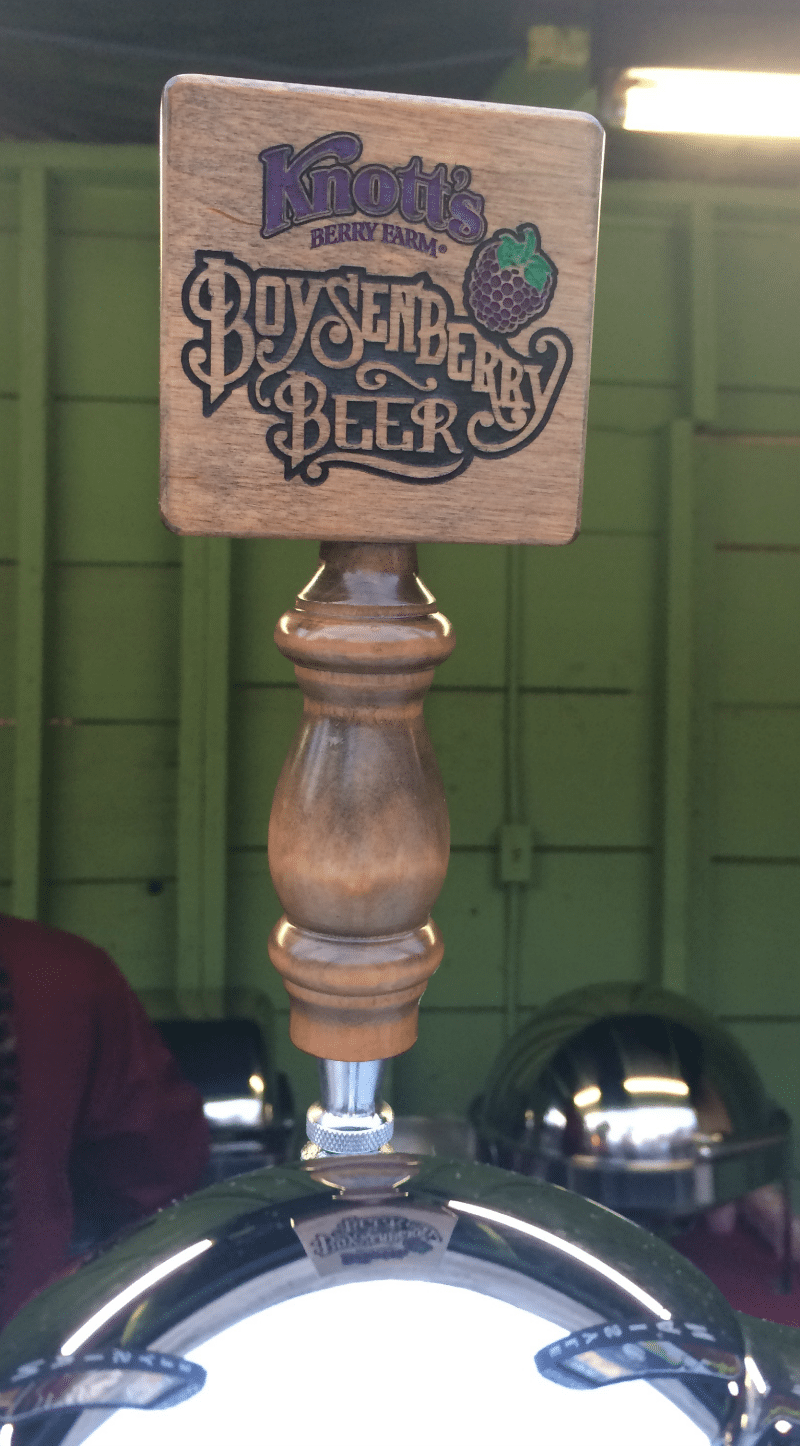 Knott’s has added some special kids activities in addition to the many rides and attractions they already have, including a fun interactive barn where kids ca make their own boysenberry tarts. Truly something for each member of the family.
In addition to all these tasty treats there will also be boysenberry inspired merchandise throughout the ghost town shops. I strongly suggest you try their Boysenberry Barbecue sauce. The barbecue Wings with Boysenberry BBQ sauce were one of my faves of the evening! 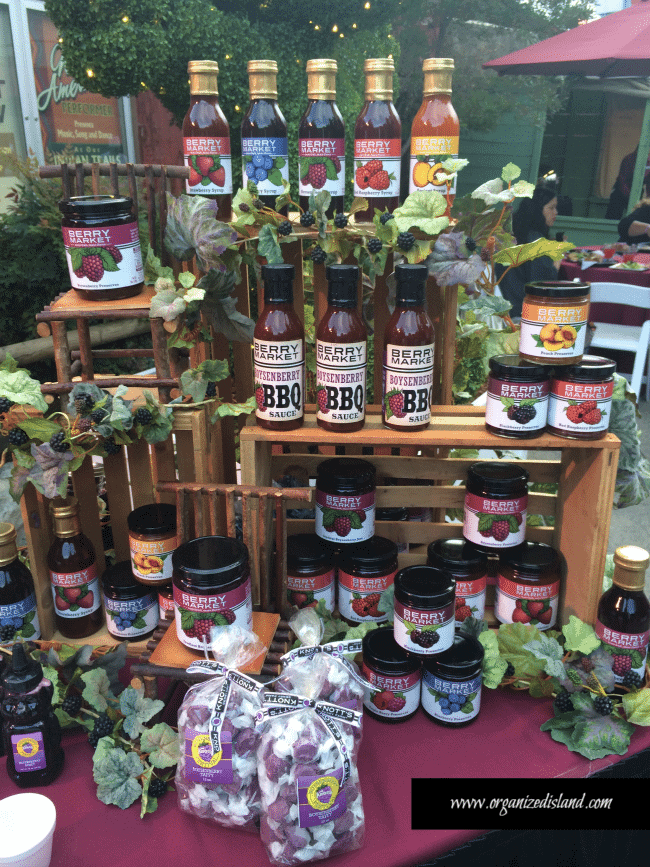 Here is the information you need to know about the festival:
March 28 – April 12, 2015!
Knott’s Berry Farm is located at:
8039 Beach Boulevard
Buena Park, CA
(714) 220-5200
The Boysenberry Festival is included with park admission, but there is an additional cost for food tasting experiences within the event. The festival runs March 28th through April 12th, 2015. You can find more information at the Knott’s Website.
Do you love the flavor of Boysenberry? Which items would you want to try?

Even though I lived in SoCal for a handful of years I never made it to Knott's - I kick myself over this all the time! I wasn't a fan of Boysenberry when I was little but I bet as adult I would like it more.

It really is a great flavor - a little sweet and a little tart at the same time. I hope you can come back and check it out on a visit. It's a fun place to spend the day.

This was so much fun! Especially that Fun Bun and the Boysenberry Wine... ;) I can't wait to go back for more!

I wish I could be there today! Have a wonderful time!

The festival sounds like so much fun, and the food looks yummy! I could definitely go for some of those desserts :)

The food was SO good! I am picking up some of that BBQ sauce too!

I've never been! I want to go so badly. I do love boysenberries and those food photos are making me incredibly hungry.

What? I think you need to add that to your trip when you come out here to California Tamara. Knott's also makes some fabulous boysenberry cookies!

My friends & I are heading to Knotts this weekend; all these boysenberry treats look too good to miss!

How fun Ann! The weather will be perfect for the festival this weekend.