Recently, I have been enjoying catching up on some reading. There is just something about the cooler weather that makes me want to curl up with a good book and a cup of tea (or lemon water). I recently read a great new book from an organizing professional. The book I am talking about is New Order: A Decluttering for Creative Folks (and Everyone Else), by Fay Wolf. 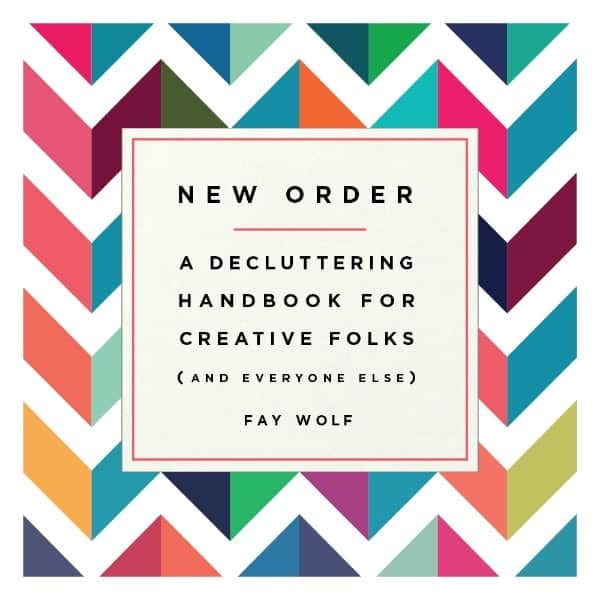 I received a copy for review purposes and really loved the tips on organizing and her approach on managing stuff and I am happy to say, also had the opportunity to ask the author and professional organizer Fay Wolf, a few questions about her approach and perspective. 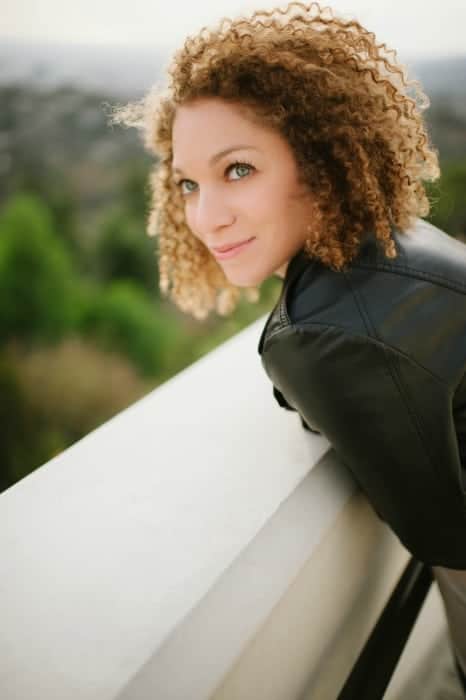 First, here is a little bit about Fay:

Fay's approach to the organized lifestyle is firmly focused on allowing us to feel freer and to embrace what's really most important in life. Creativity flows naturally from Fay to the pages in a fun, non-traditional and enlightening way. With beautifully illustrated art and chapters pertaining not only to tangible decluttering, but also digital cleanliness, the book is perfect for everyone from students to grandparents.

In addition to running her own professional organizing company (also dubbed NEW ORDER) for the past 10 years, Fay is a popular actress who has starred in television shows such as FOX's "Bones," CBS' "NCIS: Los Angeles," and CBS' "2 Broke Girls." Wolf is also a notable singer/songwriter, with her music featured on television's top shows including ABC's "Grey's Anatomy," ABC Family's "Pretty Little Liars," The CW's "The Vampire Diaries," and TNT's "Rizzoli & Isles," just to name a few. She is currently working on her sophomore album between launching her future best-seller and is active in charities involving the homeless in Los Angeles and the LGBTQ community.

Congratulations on the book launch! What made you want to write New Order: A Decluttering Handbook for Creative Folks (And Everyone Else)?
Thank you! A few years ago I got excited about the possibility of putting all my ideas in one place and creating a handbook that people could use on their own. I was really interested in connecting the dots between decluttering, productivity, and creativity (aka all the things we say we want to be doing with our lives). And I wanted the format to be very easily digestible – something that felt more like being talked to by a friend instead of an expert. That meant something visually appealing as well. People like art and design, especially my creative peers, so I thought bringing illustrations and an eye for that type of detail would be cool – plus it makes the self-help medicine go down a bit smoother.

When did you first feel the need to live an organized life?

Somewhere along the way, organization became an unconscious choice for me. I certainly got a thrill from knowing where everything was, and some things (like having a filing system) felt non-negotiable for me. But I didn’t quite realize just how important organization was to me until I was starting my business. That’s when I embraced it fully and hoped that my love for it could help other people feel the same way.

You have a very busy and successful life with your organizing company, and your singing and acting career. What is your best tip for managing your time?

What I’ve found has worked best for me over the past few years is to schedule certain types of work for certain days of the week, and to say no to requests when it doesn’t fall into that system. For instance, I will say yes to a music-writing session on a Wednesday, but not to an organizing client. I’ve also created boundaries around when I do or don’t reply to business communication – that’s been very helpful. This makes it 100 times easier to make time for (some) rest and get a better sense of how much time I truly have to devote to each career path.

What is your favorite calendar system?
On my iPhone I use the Fantastical app. It syncs with my iCal and it’s a much easier way to enter data. On my desktop, I use the regular iCal app, which also syncs with my Fantastical app. (There is also a desktop version of Fantastical, but since I’m on my phone so much, I just opted for the mobile version.) Over the years, I’ve dealt with a few iCal glitches, but I believe that’s par for the course with any app. And overall, it’s worked great for me.

Describe the biggest organizing challenge you have seen in your work as a professional organizer.

When people aren’t ready. In my early years as an organizer, I had a few clients who would straight-up disappear during our sessions and I was having to sort-of force them back into the work – which is something an organizer never wants to or should have to do. I’m much better at reading clients initially now, so that I no longer work with folks who aren’t ready to dance the declutter dance.
I loved your book and especially the chapter on “Less Digital” so I have to ask, what is your favorite social media channel?
Thanks, the Digital chapter is definitely one of the ones I was most excited about. My favorite is easily Instagram. I like to say, “Instagram never hurt anybody.” Translation: I think Facebook and Twitter can sometimes feel more toxic because people can use their words in very extreme and hurtful ways. But for the most part, Instagram is about telling visual stories, so there’s a lot less inherent negativity to the experience. That said, I’ve definitely gone down some Instagram dark holes. There’s a good and bad side to everything. But I’ve gotten better about policing that activity…and I’ve gotten way better about, after having posted something, not then constantly checking back to see how many more likes have come in. That’s a huge habit we all need to work on breaking.

Let’s say suddenly your schedule changes and suddenly, you have two free hours. How would you spend it?
Whoa. Gosh. That feels so rare. Okay, if no other tasks were pressing and this happened while I was out and about, I’d probably pull into a coffee shop, put my phone on silent, and read a book. That sounds divine. Ooh, or go to an art gallery. What a concept.

What is your biggest personal productivity struggle?
I think it’s simply that I still do too much. While I don’t get an A+ in productivity skills, I’m probably better than most at keeping track of all the information and tasks. And because I have such a good handle, I tend to add more to my plate instead of saying no. Working on it.

Who has had the single greatest influence on your life?

Must I choose one? How about a sampling of folks and places that were great influences…including (but not limited to): my parents, my siblings, Rowe summer camp, Tori Amos, my high school drama teacher Miss K, and the last person I was in love with.

What is next for Fay?

I think I’ll be happily promoting New Order for quite some time… talks, workshops, and continuing to spread the word in various ways. I’m hoping my next big art project is making a new record. While I was writing the book, I also wrote a bunch of new songs and it feels like it’s time to get back into the studio again. Beyond that, perhaps some new TV projects and maybe even a product line.

Thank you so much Fay for your time! I loved your approach and humor in New Order: A Decluttering Handbook for Creative Folks.

Wasn't she inspiring? I am so impressed that she has successfully managed several awesome careers. I highly suggest that you purchase a copy of her book.

Learn more about Fay on the New Order website and check out Fay on Twitter and Instagram. Before you leave, tell me, what is your biggest organizing challenge?