You may recall earlier in the week when I talked about the DreamWorks Trolls movie media event? I was not able to attend, but our friend Josh went on behalf of Organized Island to the DreamWorks Trolls movie press conference last week. I don't know about you, but I just love the teaser track and that Can't Stop the Feeling song by Justin Timberlake.

From the creators of Shrek comes the most smart, funny, irreverent animated comedy of the year, DreamWorks’ Trolls.  This holiday season, enter a colorful, wondrous world populated by hilariously unforgettable characters and discover the story of the overly optimistic Trolls, with a constant song on their lips, and the comically pessimistic Bergens, who are only happy when they have trolls in their stomach.

And here is Josh's recap.

Last Thursday I had the privilege of attending a press conference for the new Dreamworks Animation film “Trolls”. After screening some footage from the upcoming November 4th release, director Mike Mitchell, co-director Walt Dohrn, producer Gina Shay and stars Anna Kendrick and Justin Timberlake were kind enough to discuss their upcoming labor of love. 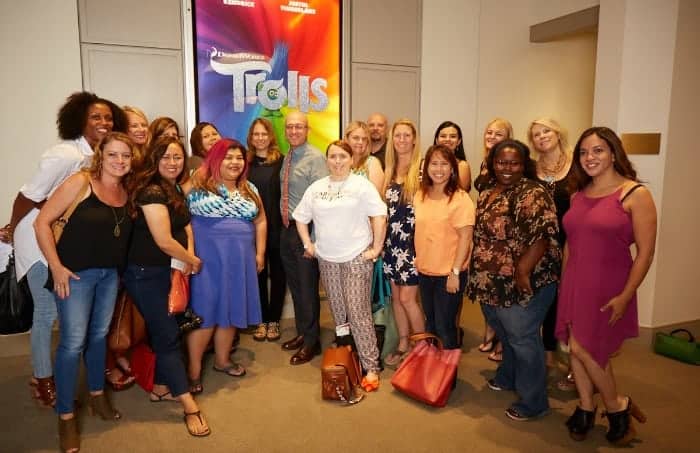 From “Battleship” to “Angry Birds” Hollywood never seems to be short on half-baked film ideas based on the slimmest of name brand recognition. With this firmly in the forefront of my mind, I will admit I was a bit skeptical about “Trolls”.

Fortunately my fears were assuaged once the film’s directors began discussing their work and the inspiration behind it. They said that one of the things that attracted them to the idea of a film based on the ubiquitous knick knacks was the fact that despite being around for over 50 years, the dolls didn’t have any kind of established back story. This provided them with “a blank slate” upon which they could craft their own fairytale.

The history of the Troll dolls also served as an inspiration for the production design for the film, which features a soft fabric-like quality to everything onscreen and is quite unlike anything I have seen before. It is a look that was inspired by the handmade felt clothing that Troll fans used to make for the dolls back in the 60’s and 70’s

The directors seemed to have two main desires driving them to get this film off the ground. The first was to “get the band back together” in regards to working with many of their fellow Shrek alumni and the second was to make a musical. The musical aspect of the film (DreamWorks’ first since “The Road to El Dorado” in 2000) was the main focus of the day. The filmmakers revealed that in addition to original songs written for the film by musical producer (and Troll “Branch” voice over artist) Justin Timberlake, they sifted through over 1000 existing songs to put into the film as well.

“We've chosen music from so many eras” said producer Gina Shay, to which Timberlake added “My job for that was hopefully to put our own spin on it, make it sound unique, make it sound like it belonged in the scene”. 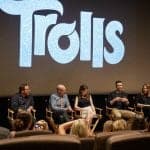 Star Anna Kendrick, who plays the films main protagonist “Poppy” praised her time collaborating with Timberlake on Poppy’s performance. "He gives such specific notes that are so helpful that it just tightened it so much.  And I felt like we got so much more kind of heart and mischief and sass from her.”

Timberlake was equally ardent with praise for his co-star. “It's been fun too to work specifically with Anna because she's such a good singer”, to which director Mike Mitchell added, “The music is really helping to tell the story.  And you guys were a big part of that.”

The music is obviously a big part of this film but they were quite adamant that it’s there to help tell the story, not to distract from it. 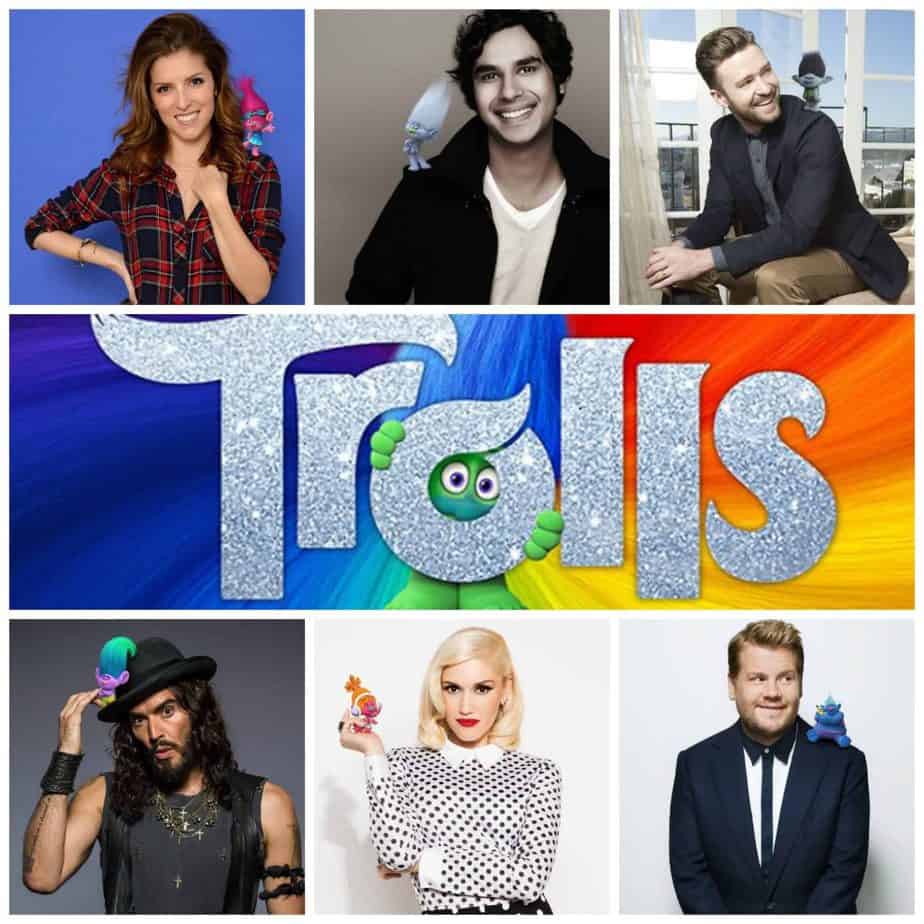 We were asked not to discuss details of the Trolls movie footage that they screened for us, so I won’t say anything about the plot of the film, but I think this quote from co-director Walt Dohrn sums up the overall theme of the film quite nicely:  “We're all born with happiness.  We just--sometimes we need someone to help us find it, but that we're all born with this ability to be happy.”

I have a feeling that come fall, Troll fans and newcomers alike will have plenty to be happy about. The Trolls Movie opens this November 4th.

Special thanks to Josh for reporting for us. I am excited about this movie - are you?