This post and photos may contain Amazon or other affiliate links. If you purchase something through any link, I may receive a small commission at no extra charge to you.

Spring is nearly here and that means that one of my favorite festivals will be in Orange County soon. The , Sabroso Craft Beer, Taco & Music Festival powered by Gringo Bandito is in its sixth year and this year it will expand To Two Days At Doheny State Beach In Southern California.

Mark your calendar for Saturday, April 6 & Sunday, April 7, 2019 because that is when this fun festival comes back into town. You may have seen my previous photos from this fun festival. It truly is a great way to spend the afternoon and evening in one of the most beautiful settings in Orange County.

Now in its sixth year, Sabroso Craft Beer, Taco & Music Festival powered by Gringo Bandito has announced its biggest event yet. After selling out its flagship date in Dana Point, CA for two years in a row, this year’s Southern California festival expands to two days on Saturday, April 6 and Sunday, April 7 at picturesque Doheny State Beach, with additional tour dates for early 2019 to be announced soon. 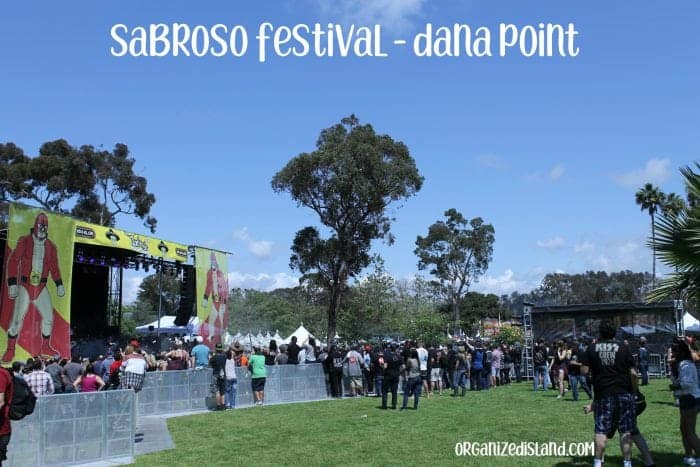 Dexter Holland of The Offspring says, “Sabroso is now a WEEKEND of our favorite things: tacos, craft beer, and great bands!”

Unlimited Tastings From Over 150 Craft Beers,

Tickets On Sale now at http://www.sabrosotacofest.com/

Weekend tickets starting at $89.50 (plus fees), while supplies last.

For this family-friendly event, kids 7 and under get in free with an adult ticket holder.

At last year’s sold out Sabroso Craft Beer, Taco & Music Festival powered by Gringo Bandito at Doheny State Beach in Dana Point, CA, 8,500 attendees gathered under the California sunshine for an afternoon of complimentary craft beer tasting with over 40 of the best breweries from Southern California and beyond, gourmet street tacos and more, and Lucha Libre style wrestlers competed throughout the day as the waves of the Pacific crashed behind their beachside ring.

A portion of the proceeds from Sabroso will be donated to the Doheny State Beach Interpretive Association (DSBIA), the non-profit cooperating association of Doheny State Beach, dedicated to the protection of the park’s beaches, facilities, marine refuge and its historical, cultural and social stories. Sabroso will also partner with Big Brother Big Sister, who is known for providing strong and enduring, one-to-one, professionally supported mentoring relationships for youth facing adversity. More information can be found at www.sabrosotacofest.com

Gringo Bandito was started in 2004 by Dexter Holland, singer for the multi-platinum punk rock band The Offspring, more as a hobby than a business. “I just thought it would be cool to have a hot sauce,” says Holland. “I gave away the first batch as Christmas presents to my friends.” The response to this new hot sauce was so overwhelming that Holland decided to put it out commercially. Sales were modest at first, and the hot sauce was distributed only in Holland’s native Southern California. “It has always been a DIY operation for sure,” Holland says. “It started small but it has just kept on growing.” After several years and over a million bottles later, Gringo Bandito hot sauce has garnered a worldwide audience and a loyal following. “We’re not the most well-known hot sauce out there,” says Holland, “but once people try it, they’re hooked.” Gringo Bandito is now sold in Australia, Japan, Canada, Finland, Switzerland, UK, Poland, Germany, Belgium, Hungary and coast to coast in the US and can be found in the top 10 on Amazon.com’s highest customer rated hot sauces amongst 5000+ other products. www.gringobandito.com

Oh, what fun! I saw Flogging Molly live once. It was amazing! And loud. And amazing.