This is a sponsored post for Warner Bros. Pictures, however, all opinions and viewpoints are my own.

Feel like it is time for a summer date night? Well I have good news. I have a great date night movie suggestion that offers suspense, action and romance and a chance to get some cash to help you fund that date night! The Legend of Tarzan movie is one that my husband and I both are looking forward to seeing! 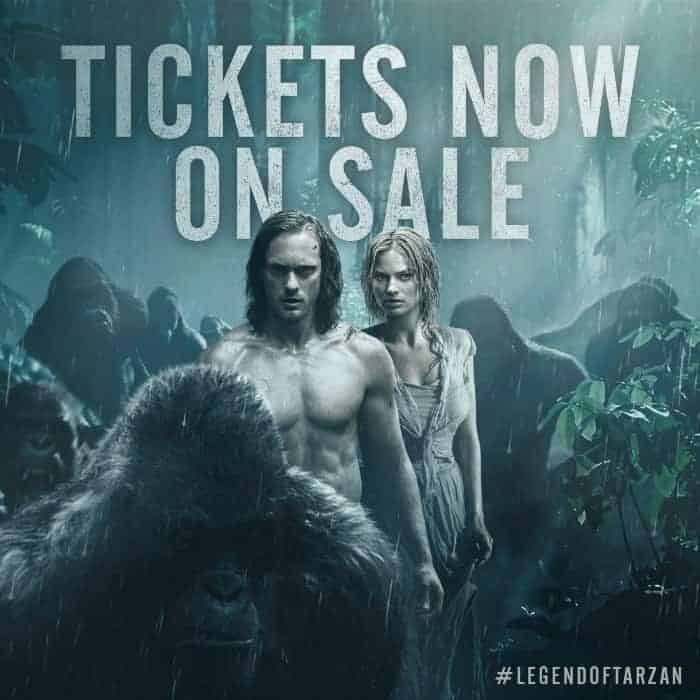 From Warner Bros. Pictures and Village Roadshow Pictures comes the action adventure "The Legend of Tarzan," starring Alexander Skarsgård (HBO's "True Blood") as the legendary character created by Edgar Rice Burroughs. He is easy on the eyes and makes a great Tarzan, as you can see in the video clip below. The story is all about chemistry, adventure and love. The movie opens July 1, 2016.

It has been years since the man once known as Tarzan (Skarsgård) left the jungles of Africa behind for a gentrified life as John Clayton III, Lord Greystoke, with his beloved wife, Jane (Robbie) at his side. Now, he has been invited back to the Congo to serve as a trade emissary of Parliament, unaware that he is a pawn in a deadly convergence of greed and revenge, masterminded by the Belgian, Captain Leon Rom (Waltz). But those behind the murderous plot have no idea what they are about to unleash.

Check out the trailer for this movie. It looks like a great action-packed movie. Hosier is on the sound track too!

To enter to win a $25 give card enter to win below. Giveaway open to U.S. Residents 18 and over. Giveaway ends on July 8, 2016 at midnight PST. Prize courtesy of Warner Bros. Pictures.

Check out Facebook for more on the Legend of Tarzan! #LegendofTarzan
Will you be going to see this movie?