I want to share some news about one of my favorite eateries, The Habit Burger Grill. I love their burgers and Grilled Chicken salad, but recently, I had a chance to try their Golden Chicken Salad. This meal starts with a buttermilk battered, sliced chicken breast, served atop fresh garden greens, with feta cheese, diced tomatoes, crumbled bacon, red onions, carrots and cilantro, and is then tossed in a house-made Southwest-inspired cilantro lime ranch dressing.  All I can say is YUM! 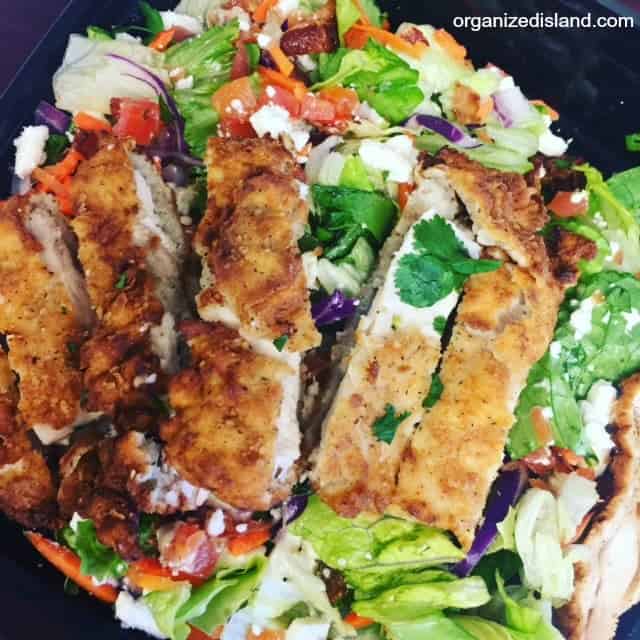 The chicken is hand-dipped into house-made seasoned flour and buttermilk, and then fried for a crunchy and juicy meal. This salad was really great because it had everything I love in a salad, good taste, fresh vegetables and it needs to be filling. This one covers all of the above, and that Cilantro Ranch Dressing was the bomb. 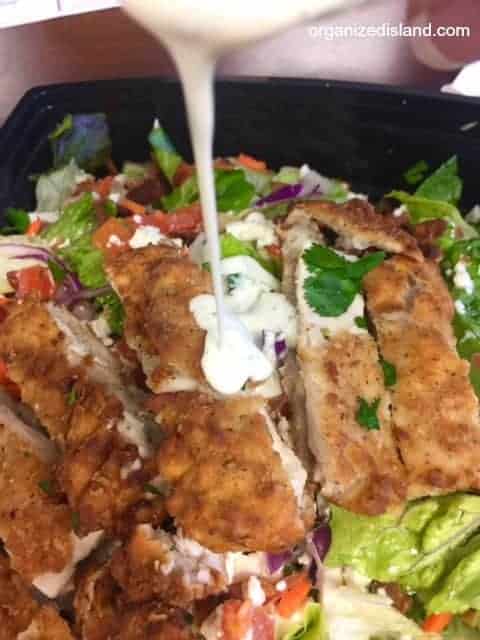 Apparently, I am not the only one who thinks so. According to Adam Baird, executive chef at The Habit Burger Grill, “The response for our Golden Chicken by our fans has been overwhelmingly positive, and we are excited to extend the menu line for a limited time to include a delicious salad. The Golden Chicken Salad is The Habit’s tasty answer to the ever-growing popularity of fried chicken.” 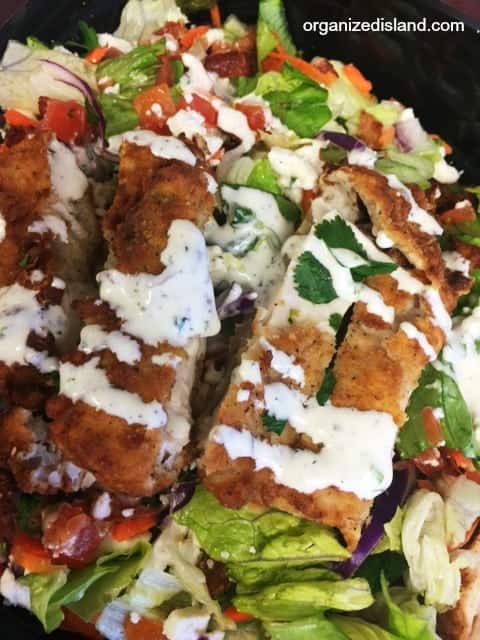 About The Habit Burger Grill

The Habit Burger Grill is a burger-centric, fast casual restaurant concept that specializes in preparing fresh, made-to-order chargrilled burgers and sandwiches featuring USDA choice tri-tip steak, grilled chicken and sushi-grade albacore tuna cooked over an open flame. In addition, it features fresh made-to-order salads and an appealing selection of sides, shakes and malts. The Habit was named the "best tasting burger in America" in July 2014 in a comprehensive survey conducted by one of America's leading consumer magazines.

The first Habit opened in Santa Barbara, California in 1969. The Habit has since grown to over 175 restaurants in 10 states throughout California, Arizona, Utah, New Jersey, Florida, Idaho, Virginia, Nevada, Washington and Maryland as well as two international locations.

Be sure to check out The Habit Burger Grill if you get a chance. I am usually there once a week!

Have you tried the new Golding Chicken Salad yet?

disclosure: I attended a media tasting to facilitate this article. All opinions and photos are my own.