Recently I attended a complimentary preview event at Knott’s Berry Farm for their upcoming Knott’s Scary Farm Haunt. If you visit Southern California, Knott’s Berry Farm is one of the area’s entertainment center and amusement park. 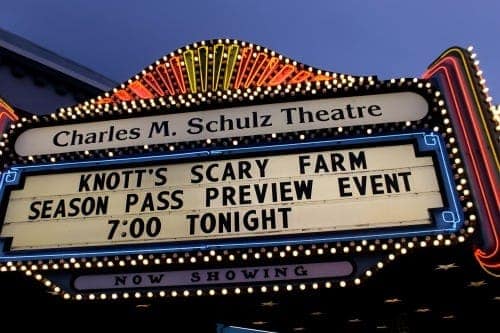 In the eventings during Fall, the park transforms into a very scary place. This year is the 41st year that Knott’s Scary Farm returns, the Knott’s Scary Farm Haunt attraction is attended by thosands of people and usually sells out. They park is transformed with many experiences and mazes that are sure to frighten many. Here are some of the creepy people you might see. 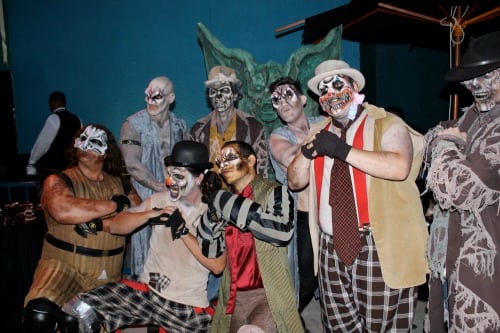 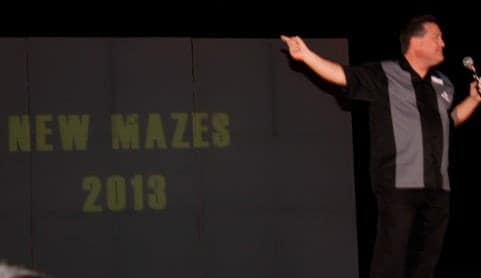 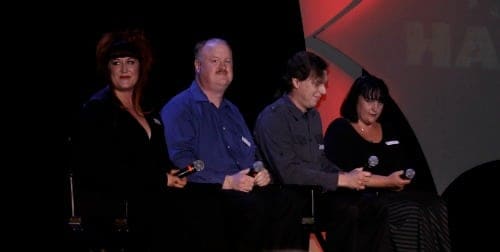 They seem like nice people, right? Well, they are, but let me tell you, when it comes to frightening you, they know what they are doing and are preparing to make this year’s Haunt scarier than ever. On some of the attractions you will have to solve puzzles to get out. Some of the mazes that will be available for 2013 are:

There is also an experience called, Trapped, which requires and additional fee and has a “safe word”, lest you want to make a quick exit. Yikes! Scary to me, but this event sells out every year.

Also this year at the Haunt, Elvira will be returning with her show, Sinema Séance, on most Haunt nights. Do you remember Elvira, the Mistress of the Dark? I used to watch her on Elvira’s Movie Macabre and she introduced scary movies in a sarcastic, funny way. By the way, she really should think about promoting a line of cosmetics or skin care, this woman looks wonderful! 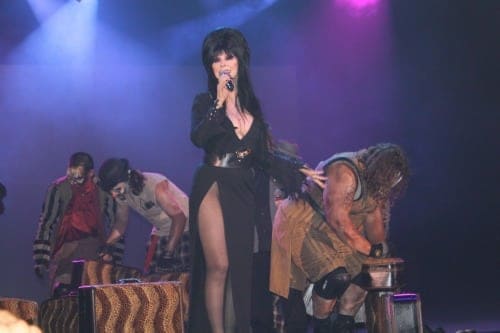 The Scary Fun begins September 26, 2013. You can purchase tickets in advance here. This event is not recommended for children. But if you have some teens that like to be scared, they would probably enjoy this. They also have a Facebook page with more information here.

Do you like to be scared or watch scary movies?

Disclosure: I was invited to preview this event. All opinions are my own.

www.organizedisland.com strives to ensure that its services are accessible to people with disabilities. www.organizedisland.com has invested a significant amount of resources to help ensure that its website is made easier to use and more accessible for people with disabilities, with the strong belief that every person has the right to live with dignity, equality, comfort and independence.

I am continuously improving the accessibility of my website for people with disabilities. If you find that I am not meeting your requirements, I hope you can let me know by sending me a message [email protected]

I will make every reasonable effort to make this page accessible.

www.organizedisland.com continues its efforts to constantly improve the accessibility of its site and services as we strive to allow seamless, accessible and unhindered use also for those of us with disabilities.

CREATE AT YOUR OWN RISK
Any and all content on this website is created for inspiration purposes only. Creating with my suggested methods, products, instructions, tutorials, and tools is at your own risk. Please ensure you are following proper guidelines with anything used, and seek professional advice if you don’t know how to do something.

Organized Island is for entertainment purposes only. All tutorials and demonstrations are not intended to be professional advice, nor substitute as such, and I make no guarantees as to the procedures and information here. Full disclosure policy here.

Organized Island is a participant in the Amazon Services LLC Associates Program, an affiliate advertising program designed to provide a means for sites to earn advertising fees by advertising and linking to Amazon.com

Check out my Amazon Shop here.